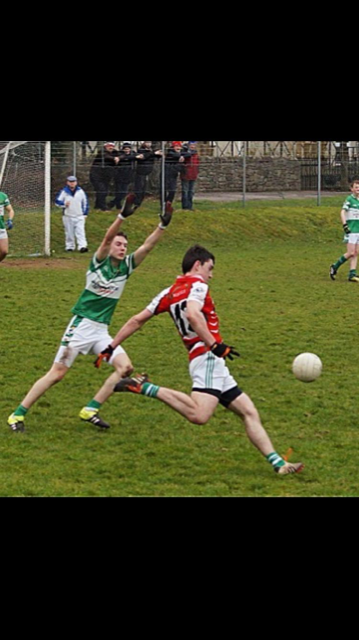 Favourite Pastime outside of sport: Travelling. Walking the dog down the Weirs. Can't  beat it.

Earliest Memory of Playing for Macroom: U6/8's training with Dan Creedon below in the Castle Grounds. Rollie pollies were part of every warm up. Great memories.

If you could attend any sporting event what would it be?: Champions League Final if United were playing Barca or Madrid. Unreal.

Biggest influence: Mam and Dad. Very lucky to have had such good football trainers all the way up too.

Favourite Macroom player past or present: Signore Sean Kiely. Class act. Have to mention Dunnzer and Concubhar Murray too, who were always very encouraging playing when with the Juniors.

Best part of playing for Macroom: Playing with friends and the buzz after a win.

All time favourite GAA Player: Could pick any member of the Cork 2010 panel but I'll go with Donncha O' Connor. Serious forward.

Three famous people to share a Connie Hurley's with: Lewis Capaldi, Will Smith and Martin Luther King for more of a serious element.

Advice to younger/older players: Don't be too disheartened if you're not starting with underage teams and train away mad. Attitude is everything.

Have you ever taken a short cut while running the golf course: Wouldn't dream of it.