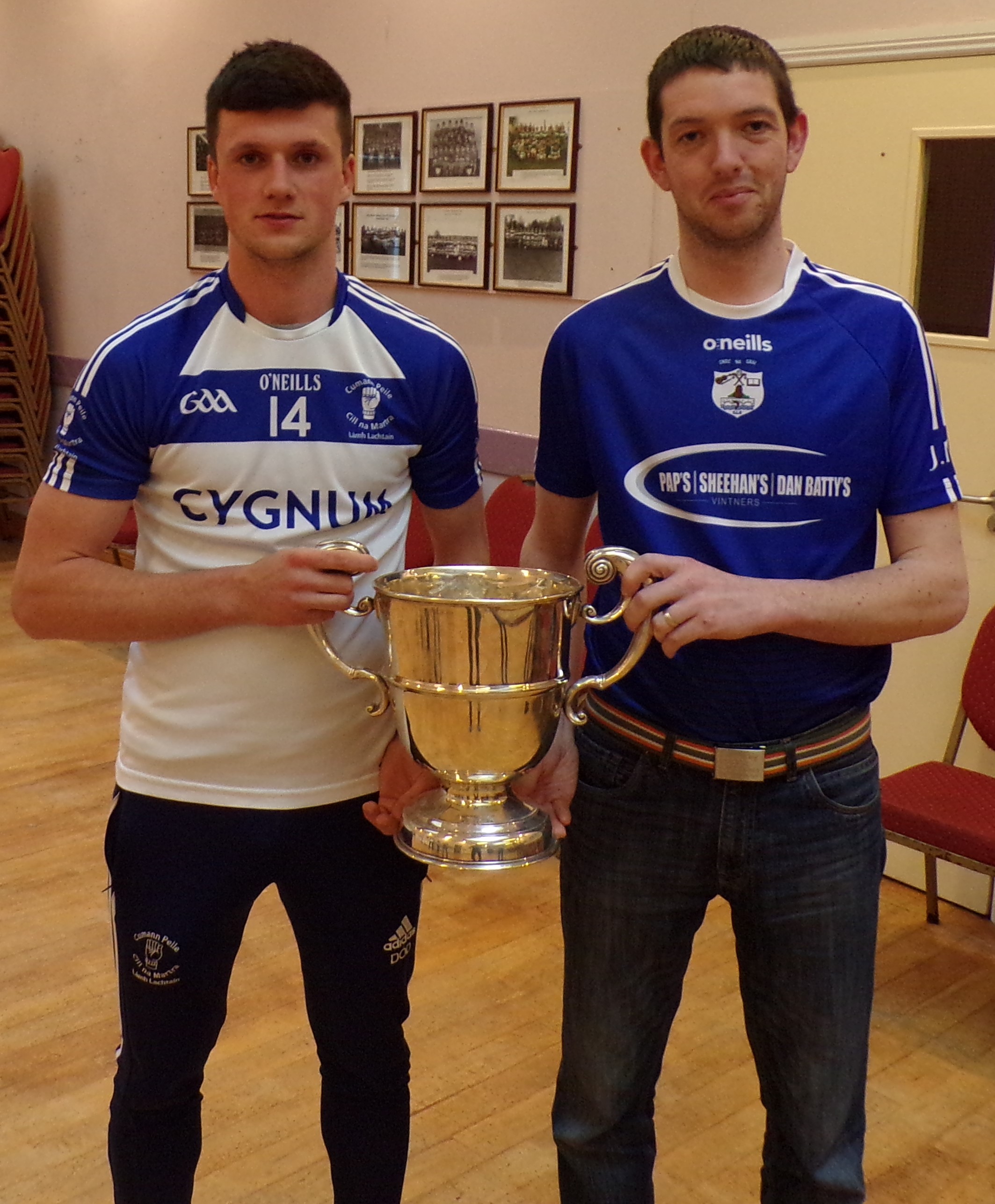 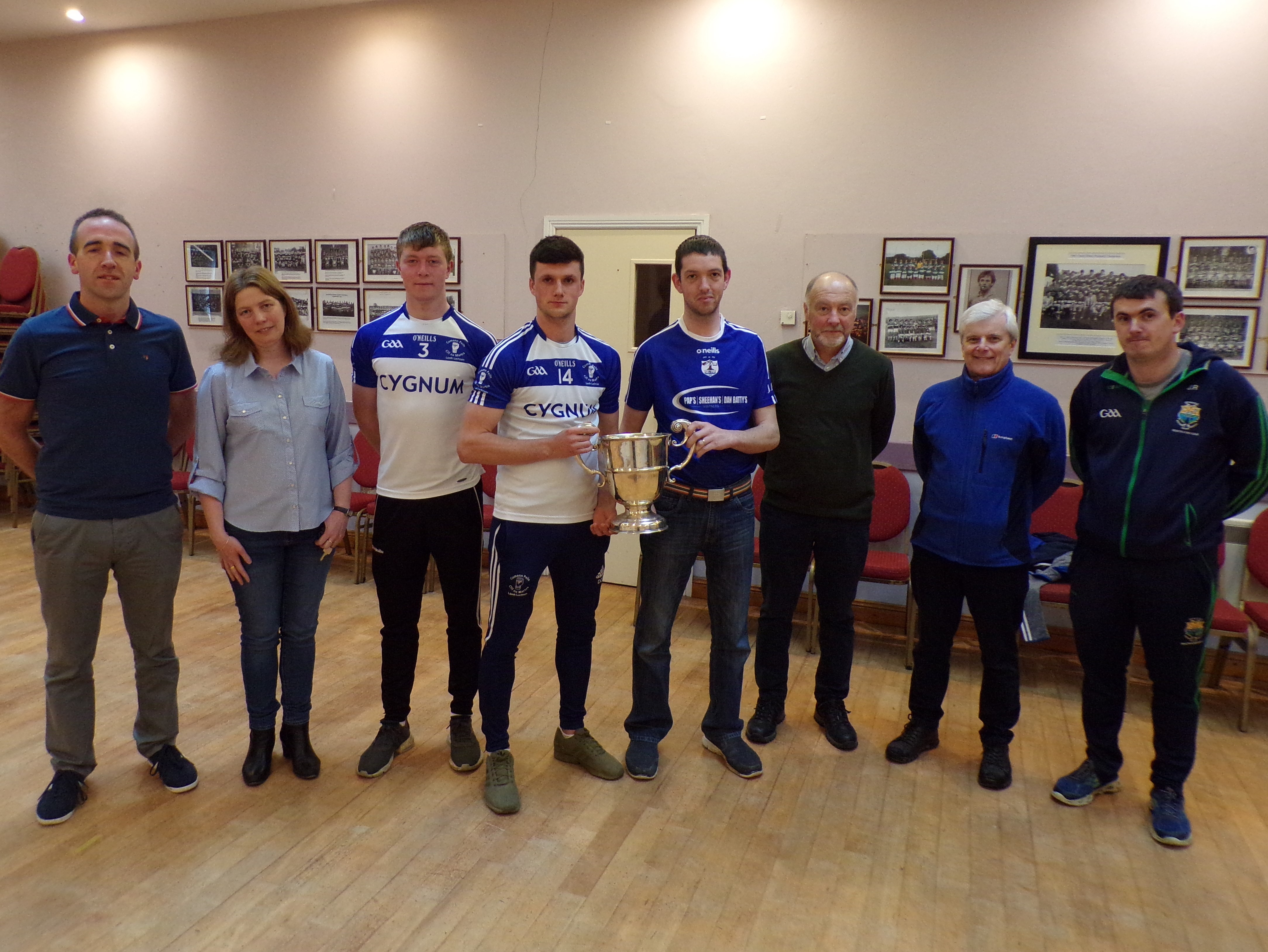 The Tom Creedon Cup which is sponsored Fitzgeralds Macroom Book Shop held it's launch for the final in the clubhouse of Macroom GAA Club on Friday night 17th May by Macroom GAA.

Vice-Chairman Pa Goold and Secretary John Ryan welcomed representatives from both clubs Cill na Martra and Knocknagree to Macroom for the launch and also complimented them on the high standard of both of their teams play so far this year.

The launch was in anticipation of the final which be held in the Castle Grounds on Friday 24th May  at 8pm between two of the form football teams in the county Cill na Martra from Mid-Cork and Knocknagree from Duhallow.

Sixteen teams started out in the Tom Creedon Cup on the 20th January and now we are down to just two teams. Cill na Martra have got to the final after defeating Dromtariffe, Ballydesmond and Nemo Rangers Intermediates. Knocknagree also had a challenging path to the final having got the better of Rockchapel, St. Vincents and Macroom.

The Tom Creedon Cup which honours the late great Macroom man Tom Creedon who tragically passed away in 1983. Tom was a superb footballer who lined out for his beloved Macroom, UCC, Cork and Munster.

His death in August 1983 robbed Macroom of one of its greatest ever players.

The Macroom club continue to honour their clubman every year by holding this competition and invite all Cork GAA fans to attend the final next Friday night.

Attached see a photo with a representatives from both clubs with the Tom Creedon Cup, Dan Ó Duinnín from Cill na Martra and Pa Doyle from Knocknagree.